The View from the Inside Track

If I were a historian of World War Two I could walk into any bookstore and choose from a plethora of books that recounted the personal wartime experiences of soldiers, sailors and airpersons. These multitudes of texts are in existence because the conflict was an event in the authors' lives that was never to occur again. Thus, they wrote about their wartime experiences to pass on their unique perspectives, on a unique set of events. Yet, for the rest of us historians, who deal with what occurred in the lives of individuals on a day to day basis, personal accounts of their activities are rare, principally because they presumably didn’t feel the need to write books on their work, sleep and play. Therefore, as a historian of the pre-1914 railway industry, when I do come across the personal accounts of railway workers it is a special thing. Four such texts spring to mind.

Ernest Simmons was a Station Master on the Great Western Railway when, in 1879, he published his book detailing his employment as a clerk on that railway in the 1850s and 1860s. Published under the pseudonym Ernest Struggles, it is a lively, humorous and entertaining retelling of the life of the GWR clerk, all the while improved by the fact that the author could write well. Beginning with his first post at Oxford station and following him through reassignments to number of other locations from Aynho to the Black Country, it takes a cynical, and at times disrespectful view of management, criticising some of the company’s more illustrious figures such as Daniel Gooch. Yet to guard against libel, he used fictitious names for locations, individuals and the company itself. Thus, the book itself is truly an insight into the lives and opinions of the mid-Victorian railway clerk. 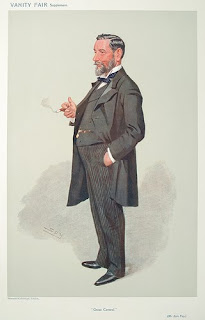 Sam Fay was one of Britain’s most illustrious railwaymen, becoming General Manager of the beleaguered Great Central Railway in 1902 and serving on the Railway Executive Committee during World War One. Fay had started as a clerk on the and South Western Railway in 1872 and was moved to in 1876. It is during his time at that he kept a diary in two small notebooks. In these books many aspects of Fay’s social life were recorded, from his early liaisons with his future wife, his rowing exploits and also being caught without a ticket coming back from Kew. Yet, what is most interesting (to me at least) are the insights the diary gives into railway employment on the L&SWR. In the diary Fay recounted inter-departmental disputes, his applications for vacancies, his relations with Kingston’s station master, and the moment he formed the railway industry’s first employee magazine, the South Western Gazette. Of course, I can’t recount everything the diary contains, but the document is a mine of information on the lives of railway clerks. Indeed, in some respects the information in Fay’s diary is better than those in Simmons’ book, as it is a direct recording of events, rather than the documentation of memories.

N.B. The diary is in the possession of Sam Fay’s grandson, Bill.

3. The Working and Management of the English Railway, by George Fidlay, (1891) – London and North Western Railway (L&NWR). 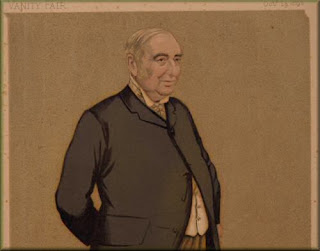 George Findlay in 1891 published this book after a lifetime as a railway employee. Initially he had worked as an engineer with Thomas Brassey, the great railway contractor. However, in 1853 Brassey recommended he be appointed manager of the Shrewsbury and Hereford Railway, and when this line was jointly leased by the L&NWR and the GWR he was appointed as a goods manager within the former company, eventually becoming its General Manager in 1880. It is from this vantage point that he produced this book as a guide to how the L&NWR operated. In it he touched on almost all aspects of railway operation, such as management, staff, the permanent way, signals, telegraph operation, the working of trains, shunting and marshalling, rolling stock and railway law. Presumably his broad career, moving from engineering to management, meant that he could comment on all aspects of railway operation with the weight of experience. Thus, he gave us an insider’s view of the railways that was technically astute and from a management perspective.

While Fidlay gave an account of the operating procedures within the L&NWR at one point in its history, George Neele, the companies’ former Superintendent of the Line, released this book in 1904 recounting his experiences from an entire career within the industry. Starting as a clerk in 1847, his book charted the many changes within the industry towards the standardisation of many aspects of operation, for example brakes, locomotive headlamp codes, telegraphic codes and the important role of the Railway Clearing House. It also contained highlights such as his trip to the United States, as well as the many characters that were involved in railway operation on the L&NWR and elsewhere. In some ways, this book is the best personal recollection of Victorian railway employment available, as it detailed the development of an industry from the view of a manager who could see a bigger picture than individuals lower down the promotional ladder.

All of these texts were unique, in that the authors were all writing from different perspectives within the industry. Indeed, they all recount these individuals’ experiences at different points in their careers. There is, however, one similarity between these texts, in that they were all recollections from individuals who were salaried employees. The porters, carriage cleaners, drivers and other weekly paid staff do not seem to have left accounts of their railway employment. This said, I may be wrong and their stories are waiting to be found.