A few thoughts on the Railway Company Staff Magazine 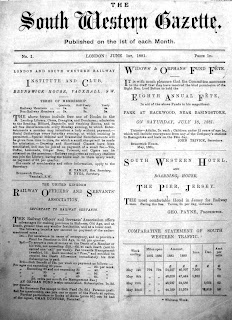 As I am sure that some of you will no doubt be aware, one of my great interests that I cannot satisfy within the remit of my PhD is the railway company staff magazine. In short, it just doesn't fit into my thesis. I can merrily quote from London and South Western Railway's staff magazine, the South Western Gazette and I have cited many details from it that that go towards any points I am making with regard to the management of the company. However, this isn't actually a study of the magazine itself. The only work that I have done on the SWG was for an article I wrote for the Historical Model Railway Society's Journal on the establishment and the first five years of the publication. But more needs to be done. 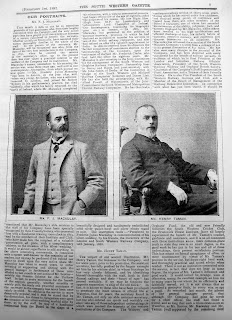 What is important to note about company staff magazines (from any industry) is that they do simply convey a chronological version of events within the company. Rather, these publications are usually written, managed, edited and produced by one group of employees within the company. Thus, in my article on the SWG and another by Mike Esbester on the Great Western Railway Magazine (GWRM) in the 1920s, we have both determined that these publications were produced by the Railway Clerks of the companies. Thus, the magazines reflected the views of these groups of individuals. 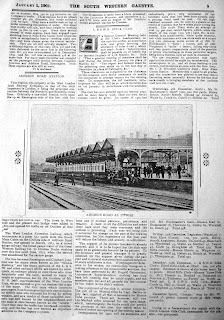 Subsequently, both magazines aligned themselves with management's goals, as clerks were the only individuals in the industry that realistically had a chance of rising that high in the organisation. This was far more blatant in the developed GWRM, which was trying to promote the GWR management's 'safety campaign.' Yet, in the case of the SWG this was more subtle, for example the editors placed the financial success of the company on page one. In addition, both magazines did not allow any criticism of the company's performance. Thus, in Mike's words, the staff that wrote and edited both magazines were 'socialised in the clerical-managerial context,' and this was expressed through the pages of the magazine.
More work needs to be done in this field, but it is interesting to think how past staff magazines may have the ability to tell the historian what railway company employees were thinking...
Posted by David Turner at 17:21