So this is the first part of my ‘Turnip Rail Project’ to actually feature research. I have had one of my friends describe it as a ‘research Time Team.’ If last weeks’ Time Team is anything to go by I certainly hope not; they found very little. For those who didn’t read my previous blog post, this is a project that I will present as I go that will determine the nature of the early British railway company managers. I will, therefore, include all my preliminary thoughts, mistakes and ideas. Primarily I will focus on the railway manager in the 1840s using three ‘railway officials’ directories from 1841, 1847 and 1848. If you want a bit more background, have a look at my last blog post here.

Anyway, in my time off over the last few days, away from my PhD and work, I have been ploughing through and processing the information contained in the 1848 directory of railway company officials. Yes, I am really that wild. I have also been watching Deadwood at the same time, so at least I can say that I have been doing something enjoyable (although Deadwood is pretty grim). Despite this distraction it has been a laborious task. But, the fruits at the end were most interesting.

I chose to start on the 1848 directory simply because it contained more information than the other two, and would reflect the state of British railway administration at a time when railways were in their ‘teenage’ years. In total I have collected data from 130 individual railways that were listed in the directory. For each, I have catalogued the number of officials in each railway, the number of posts listed, the names of the individuals and their positions. I have also noted the mileage of each railway, and in total the 130 railways operated 7117.55 miles of line in 1848. Originally I had calculated that there were 45,000 miles, but it is a wonder what a missing decimal point can do to my calculations.

Firstly, I will look at the sample of the managers’ post holdings. In total, 130 railways had 322 senior managerial posts according to the directory. Of these, 178 (55.28%) post were engineering roles (Engineer, Consulting Engineer, Assistant Engineer, Resident Engineer). Of course, I didn’t think straight at first, and for a very short while fell into the trap of thinking that this was 178 individual engineers. However, after playing around with Excel, I revised the stats. There were in fact 92 individuals, taking 177 positions on 123 railways. This meant that for some unknown reason 7 railways did not employ an engineer or did not list one. This may need a bit of looking into.

What is interesting is that while many Engineers only took assignments with one company, possibly indicating local relationships with the railway builders, personal connections with directors and individuals coming in from other industries to try their hand at railway building, a good number served multiple concerns. Three of the individuals on the list are names that have gone down in railway history. In 1848 Robert Stephenson (shown) was serving 26 railway companies, and Isambard Kingdom Brunel and Joseph Locke were both working with 13. 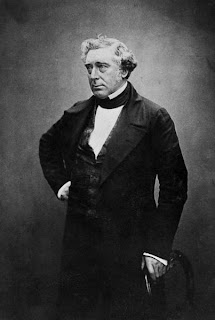 It is unlikely that they were directly involved all the time, and it is clear that on many of the companies that they worked on they received help. For example, Robert Stephenson was co-engineer with William Baker on the Birmingham, Wolverhampton and Stour Valley Railway, as well as J.E. Errington on the Lancaster and Carslisle Railway. Stephenson was also co-engineer on the London and North Western Railway with Joseph Locke. Lastly, Isambard Kingdom Brunel had a staggering seven Assistant Engineers on the Wiltshire, Somerset and Weymouth Railway. However, this was a unique example. In the majority of cases railways had only one or two engineers. Furthermore, the two engineers occasionally took the separate roles of ‘Resident Engineer,’ who was employed by the company, and ‘Consulting Engineer,’ who was called in when required. However, I admit that this was the arrangement on the London and South Western Railway (L&SWR) and it may have been different elsewhere.

Of course my brain is now buzzing with ideas about the influences that these relationships had on technology, more specifically the development of broad verses narrow gauge railways. After all, it wouldn’t be hard for the narrow gauge ideas of Locke and Stephenson, who engineered 3186.76 miles of Britain’s railways between them (44.77%) in 1848, to dominate when Brunel, who favoured broad gauge, only engineered 1022.08 miles (14.36%).

Yet, this isn't the overall purpose of the project. Hopefully in my next blog I’ll detail some of the findings and thinkings about the rest of the individuals in the survey. I'd be very interested to know whether the other engineers that weren't working with the luminaries had any links to them and what their backgrounds were. Also what about the other individuals listed? They were predominantly secretaries and their backgrounds were may be hard to get at. Also in the sample there were few managerial titles that we see in later railways such as 'Locomotive Superintendent' or 'Traffic Manager' and it'd be interesting to see if there was a correlation between the size of the railway and where these titles appear in the directory...anyway, I'll leave my musings for another time.

Pleas keep using the hash-tag - #TurnipRailProject - if you tweet about it!