Gordon Brown's got the wrong ticket

Before the Labour Party's manifesto came out it apparently was going to contain a policy that struck me as a bit wishy-washy. (http://news.bbc.co.uk/1/hi/uk_politics/election_2010/8612741.stm) Labour, I thought, was announcing that they would force the Train Operating Companies (TOC) to offer the lowest fare to travellers when they roll up to buy a ticket. I wrote this blog entry over the weekend, and then found that I couldn't find the policy in the manifesto. However please read this blog entry as I hope it reveals some points of interest, even if it is a little redundant now.

Firstly, let me state I don't applaud this policy and if Labour are going to be making this pledge there are a few questions I would like to ask Gordon Brown, just so I know, if he is aware of exactly what he is pledging. 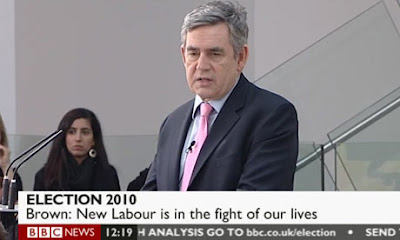 Firstly, why haven't the TOCs been offering the lowest price anyway? I am aware that the TOCs like to take my money and that going to Scotland, for example, costs an arm, a leg, and forces people to take out loams, but I was under the impression that companies would automatically offer the best deal. Yet apparently this hasn't so been so, and in a survey conducted by consumer group Which? tell found that the lowest fare was not offered in over half the cases they included. Let's not beat around the bush, this is the government's fault. There have been 13 years of letting the TOCs get away with charging exorbitant prices. Labour's pledge has therefore effectively exposed the failings of a Labour government who have not controlled effectively the greed of an industry who run their businesses only in the interest of their shareholders.

When you say 'lowest fare' is that really fair? The reality is that if this policy goes through it won't mean that the fare structure will change, or that even that the lowest prices for tickets will drop. It just means that Labour will force the companies to always offer the lowest fare, which may still be expensive. This isn't really fair is it? If the lowest priced tickets, particularly for long distance journeys, are still out of reach of those on low-incomes, what chance have we got of getting everyone onto the railways? They'll just use cheaper, less pleasant and less environmentally friendly forms of transport to make their journeys. Therefore this again exposes a problem of the Labour's governance of the railways. What the increasing fare rises have done in the last 13 years is to create a transport class system. Those who can afford the ticket prices frequently use the railways, yet this leaves a large section of the population for which the cost rail travel is prohibitive. What is really needed is a full review of ticket pricing so that rail travel is within the reach of everyone.

How will I know what exactly is the lowest fare? As stated, I was always under the impression that I did always get the lowest fare. Pop onto any train operator's website, type in your destination and time of travel, and the site will pop out a range of prices for your journey at different times of the day. I literally have no idea how these prices are worked out. I am told, by people who know about such things, that there is an elaborate formula that is involved...somewhere. There is not a simple rule which says that the traveller pays a set price per mile. Therefore, if this policy goes through, how will travellers really be able to gauge if they received the best price? What is required is a simple pricing structure that is easy for everyone to understand.

Will I really get the lowest fare? As most people are aware there are ways to achieve cheaper railway travel by splitting the journey into legs, for which you buy separate tickets. So for example, if I was travelling from London Paddington to Penzance, this may cost me £60. However if I were to buy a ticket from Paddington to Bristol, and then one from Bristol to Penzance (while remaining on the same train) the journey may be cheaper overall. However, if this new policy was implemented, I doubt that people turning up at the booking office or buying on-line will have these ticketing options offered to them. Instead, they are more likely to be offered the cheapest ticket for the entire through journey. This would make Gordon Brown's new policy a lie, as individuals will still fail to get the lowest fare available unless they are aware of the money saving options open to them.

Therefore is the policy that Labour is proposing going to make a real difference? Well undoubtedly some people will benefit through cheaper fares, but these are individuals who are travelling frequently by train anyway. If Gordon Brown was serious about making train tickets affordable and lowering their cost, he would look very carefully at the way that tickets are priced and the underlying formulas that determine them. He may even look at the franchise system that has allowed companies driven by greed to scrape every last penny out of the rail traveller. Until this happens rail travel will not be universally available, not be cheap and ticket pricing will still be very very confusing.