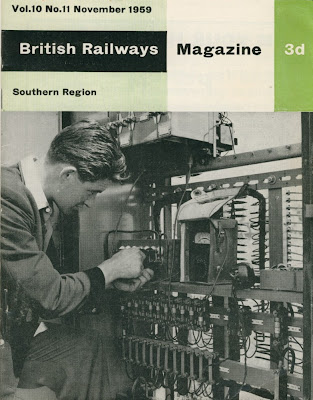 Presented are some images from the November 1959 issue of British Railway's 'British Railways Magazine.' (BRM) What is interesting, having done some work on the first railway company magazine (the South Western Gazette) is that the BRM is both similar and different from its predecessor. On the one hand both the SWG and BRM had articles on sports events and social activities. However, what seems to me be to be different (and this is only a cursory view) is that the BRM seems to have little about the actual operation of the railways, whereas the Gazette frequently included such things. Possibly, this is because railway operating procedures by this point were far more established than in the 1880s when the Gazette started, and by the 1950s the information that staff to do their jobs was communicated to them through other means. 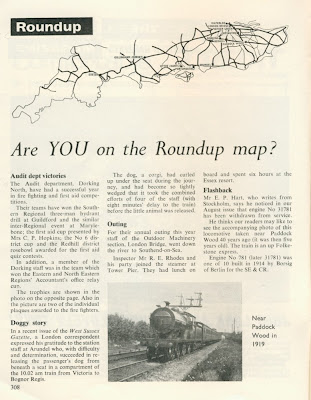 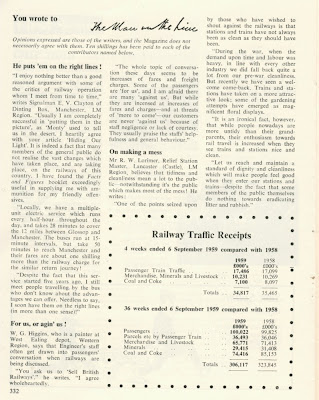 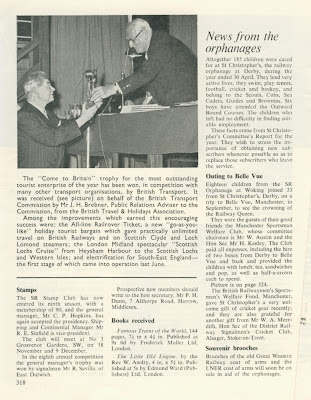 Email ThisBlogThis!Share to TwitterShare to FacebookShare to Pinterest
Labels: Document of the Day, Southern Region Magazine