Document of the Day - How to load a wagon 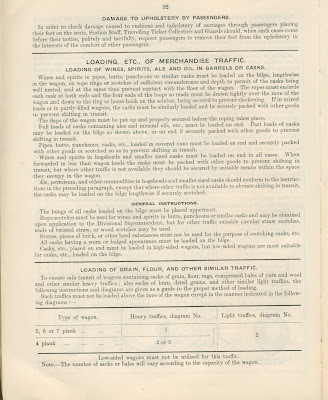 Above and below are two examples of the approach that the Southern Railway had to the loading of wagons in 1934. The documents can be found in an appendix to the working timetable dated 26th March 1934. Clearly, as the railways used many small wagons, rather than large ones, their loading was of vital importance to make the most efficient use of the rolling stock and reduce cost. Thus, the company prescribed the way in which wagons should be loaded. It is unknown how they worked these methods out, but there is no doubt that in large part the person or persons who put together the appendix were drawing on decades old knowledge. 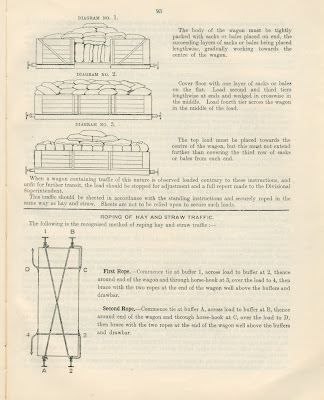