Eight Billion Pounds and Politics, Some Thoughts on Yesterday's Announcement

Yesterday the government announced that it would invest £8 billion in Britain’s railways. To the naked eye it looks like a cornucopia of spending designed to enhance Britain’s desperately strained railway network. We will get 2000 new carriages, completion of the upgrade to Thameslink, which links Bedford and Brighton through London, and the electrification of Great Western lines to Newbury and Oxford, as well as the Liverpool, Manchester, Preston and Blackpool lines. While undoubtedly good news, in reality I have a few worries about the investments.

Firstly, the figure of around 2000 new carriages certainly seems impressive at first glance. But as everyone has been quick to point out, only 650 will be allocated to augment capacity on existing services. Indeed, the rest will go to Crossrail, which as a completely new line will need new trains, and also the Thameslink fleet will be replaced. Further, while the 650 new carriages will apparently be in service by 2014, the Crossrail and Thameslink carriages will not be operational until 2020 when both these projects will be completed. Thus, for many commuters there will be a lot of waiting around for their nice new trains.

Further, there has been no announcement about where the 650 extra carriages not earmarked to Crossrail or Thameslink will be allocated. Anyone who listened to Radio 4’s ‘file on 4’ programme last week will realise that overcrowding on northern commuter routes is far worse than it is on London’s. Indeed, I have been on rush-hour trains that passed through Leeds, Huddersfield, Liverpool and Manchester, and I can vouch for feeling like a sardine. Conversely, I have been a commuter for many years in London, and can say that while the capacity problems are bad, they have never been anywhere near as stifling as my northern experience. Thus, there is a far more desperate need for the new rolling stock to be allocated to the north of England. 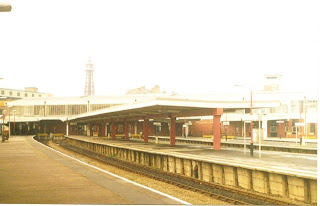 Subsequently, where the new carriages will be going is a crucial question. However, I worry that the process of allocation may be open to abuse for political reasons. Will the ‘not-so-Tory’ north get the carriages, or will they be placed on the London commuter routes to ‘blue’ places like Surrey and Berkshire? Given the high level of control that the Department of Transport currently has over rolling stock procurement and allocation, in that they call all the shots, this abuse may be a possibility. Indeed, the reason for the severe overcrowding in the north can historically be put down to the region consistently getting a raw deal in rolling stock allocation. History may, therefore, repeat itself.

Of course, the DfT stated that as well as the new carriages being introduced the 600 new Thameslink ones will release all the stock that is currently used for northern routes. This particularly includes the ‘to-be-electrified’ Manchester, Liverpool, Preston and Blackpool lines, a project which will be completed in 2016. Yet, given that Thameslink will be completed at the end of the decade, it means that these routes will be electrified without a suitable compliment of rolling stock being available until 4 years after the work is been completed. Further, there is no expectation that nationwide passenger growth will slow. As such, it is highly possible that when those trains arrive in the north they will not solve the capacity problem as it will have worsened. Thus, once again, the north will be getting a raw deal in rolling stock terms. But, there is another political issue that concerns me.

I may just be being cynical, but in 2012 the West Coast Main Line franchise is up for renewal and I it is possible that this factored into the DfT announcing the electrification of the Manchester, Liverpool, Preston and Blackpool lines here and now. A major factor in my theory is that two open access train operators, Alliance Rail and Grand Central, have both applied in the last two weeks to run services to Blackpool as there is no direct link from London to that place.

Could it be possible that the Department for Transport saw these new operators as a threat to the value of West Coast franchise which they are about to start the re-tendering process for? Firstly, both Alliance Rail and Grand Central will run trains out of Euston up the West Coast Main Line, which will potentially remove some of the future franchisees’ traffic along the length of the route. Secondly, the current stock that is run on the West Coast Main Line is the Alstom Pendilino, which is electric and cannot currently reach Blackpool. Yet, both Alliance Rail and Grand Central have plans to service that place using diesel traction.

Therefore, is it possible that the DfT announced the electrification to Blackpool so that they could add this route to the new West Coast franchise in the future, in an attempt to see off regional competitors and raise the value of the franchise? If this is the case, it would mean that in the tendering process they wouldn’t have to consider lower the cost of running the franchise for any future operating company, a move which would subsequently affect the DfT's own income, because of the competition diminishing its revenue-generating potential. Admittedly, this is mere speculation, but there it is a possibility.

Overall, while I support the £8 billion of investment, it isn’t without losers and the political aspect of it must always be scrutinised. At the end of the day, if politics is involved in rail investment there is the potential for it to become highly misguided.

End Note: Isn’t it interesting that Philip Hammond spent yesterday talking about the delivery of new carriages that would ease overcrowding, yet has recently said that the new Pendilino trains, due to arrive soon, cannot be used by Virgin Trains to ease overcrowding on the West coast Main Line and will be stored. Simply madness.