The early Victorian railway worker was like a tired pack horse who toiled arduous hours for very little reward. In 1839, 30 of the employees of the London to Birmingham Railway complained in a memorial to the directors of ‘lengthened hours of attendance which forbid the enjoyment of either exercise or recreation and preclude them from the society of their wives and children.’ The working week, especially for the manual staff, was usually seven days. Ordinarily there was no time allowed off on Sundays, even if the many of the staff would have wished to go to church, and holidays were never a consideration. Further to this, most railway companies perceived that any time and employee was not spent in an active state was a rest period. Thus, a man may have calculated to be at work for nine hours, but in reality had been on duty for eighteen. Lastly, any overtime was usually unpaid, but refusal to work would have meant dismissal and possible destitution.

It may seem strange to us, but the members of staff who had command of the most safety-critical parts of the network, the signalmen and drivers, were required on many occasions to work hours that even by the standards of the early 1900s would be considered highly dangerous. Frank McKenna, in respect to the long hours of work that drivers had to do, called the system of working a ‘precisely calculated system of exploitation.’ There was not a regulation length working day for drivers, and rather than there being 7 days and 7 nights in a week, there were simply 7 units of operation. Thus, the general rule that there should be 12-hour days was disregarded by the foreman, and shifts of double and treble that period would be insisted on, payment only being provided when the man was considered not able to work further. But, by the 1870s most drivers had had their nominal hours of work per day reduced to 10 hours. Yet, the ‘working day’ was ordinarily linked to the distance that drivers had travelled, and not the time they were on duty. Thus, if they stopped to pick up or drop off wagons on their journey, any rest time in between this would be added to their working day. 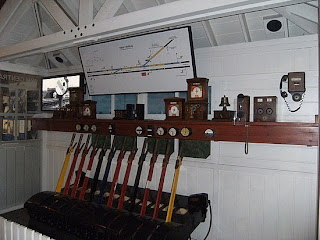 The other employees that were in safety-critical positions were the signalmen who controlled the vast array of train movements from their little stone and wooden boxes up and down the network. A letter to the Journal of the Amalgamated Society of Railway Servants outlined the hours of work of one signalman in the 1860s and early 1870s:

‘I myself am a signalman, and have been in the employ of the London, Chatham and Dover company for eleven years next June, during which time I have averaged eighty-four hours per week. As there are only two of us, we relieve each other on Sunday morning at 8.30 am., to enable us to change over from day to night. We remain on duty till 7.30 the following Monday, so to enable us to have twenty-three hours off duty once a fortnight.’

Indeed, the Board of Trade, pointed to the fact that it was the fatigue of the signalmen that was the root cause of many of the serious accidents of the period.

Hours of work were not much better for other grades of railway employee. At the top of the railway class system were the clerks, who had a chance of being promoted into management. Yet, many of those who had not reached such heights had comparable hours to the manual railway workers. One Chief Clerk on the North British Railway complained in 1863 that while the hours of work for Clerks were supposed to be between 9.15 am and 6 pm, the reality was that they could only leave when the work had been completed. Therefore, some clerks had been found still at work at 9 or 10 pm, for which they got no overtime. A Clerk complained to the Railway Service Gazette in 1872 that clerical staff on many occasions worked 10, 12, or even 14 hours a day. However, when they complained to their managers about the lack of extra pay they were directed to the book of rules which stated that they were to ‘do duty when and where required, including Sundays.’

For other grades of employee the hours were no different. A Great Western Railway survey of staff in 1871 showed that of Shunters, Goods Guards, Signalmen, Switchmen & Policemen and Porters (totalling 3,258 staff), per day only 7.2% worked 10 or under hours, 22.8% worked between 10.5 and 11 hours, 66.4% worked between 11.5 and 12 hours, and 3.6% worked over 12 hours. Therefore, while the hours of work for railway employees were less than in the generation before, the 10 hour day was still not a reality for most railway employees by 1871. This said, the GWR’s report may have been misleading if the compiler did not factor in employees’ breaks and stoppages into the working day, and thus, the proportion of those working more than 10 hours per day may have been even higher than was presented.

Progress was slow in improving the situation of railway employees’ hours of work. Indeed, one of the first demands of the newly formed Amalgamated Society of Railway Servants in the 1870swas for them to be uniformly reduced. However, despite this pressure, it wasn’t until 1893 under the ‘Railway Servant’s (Hours of Labour) Act’ that the Government imposed any sort of restriction on the length of time a railway worker could be on duty.
Posted by David Turner at 14:01